Hey everyone! There is still something that is so exciting about trying out restaurant’s I’ve never been to before. Earlier this week, my friend Harry and I tried out Tavernpointe which is located in Midtown (1545 Peachtree St NE #101, Atlanta, GA 30309)! We had a great time catching up and meeting the manager who was super nice! Our waitress informed us that almost all of the food items in the restaurant are made in-house including their ketchup and vinegar which I thought was impressive! Below are the dishes we tried and what we thought of them. 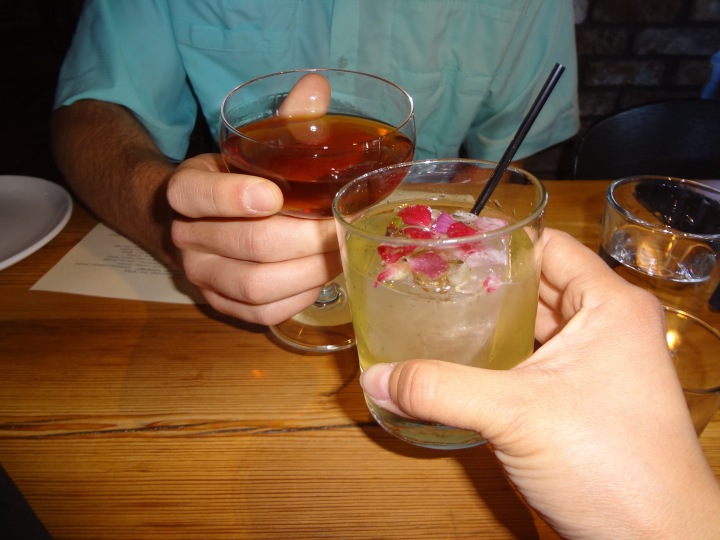 Peachtree & Spring-$10- Made with rye whiskey + bitter amaro + chicory. Harry ordered this drink and it tasted similar to straight whiskey so if you enjoy whiskey, you will like this! (I love that it was named after Atlanta streets!) 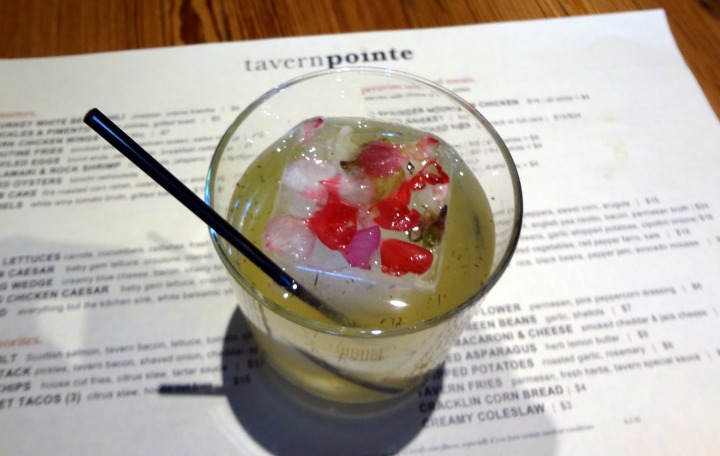 Peaches & Peppers Sangria– $7/ glass, $15/ bottle- Made with white peach + st. george chile + fresno + lemon oil. I ordered this drink and think it had too much of a spice taste for me (I typically enjoy more of a fruity taste in sangria). However, Harry tasted it and really liked it! 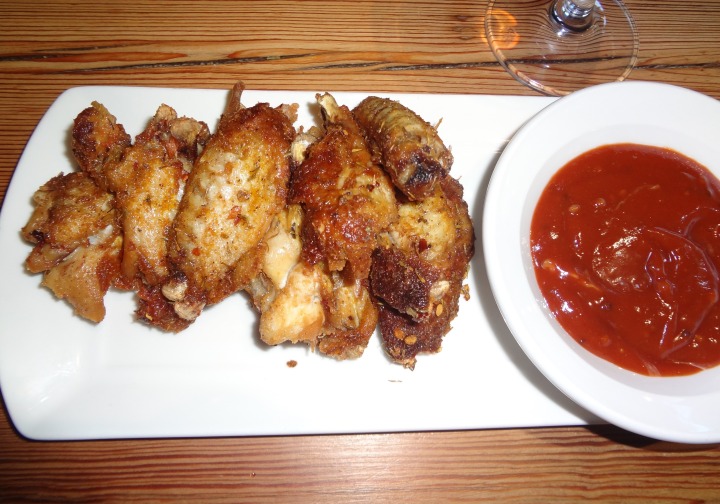 Jerk Chicken Wings-$7 – We ordered these wings as an appetizer and they came with an island BBQ sauce. I loved the way these wings tasted in the barbecue sauce which was little sweet. The texture of the wings was also great- crispy and light. 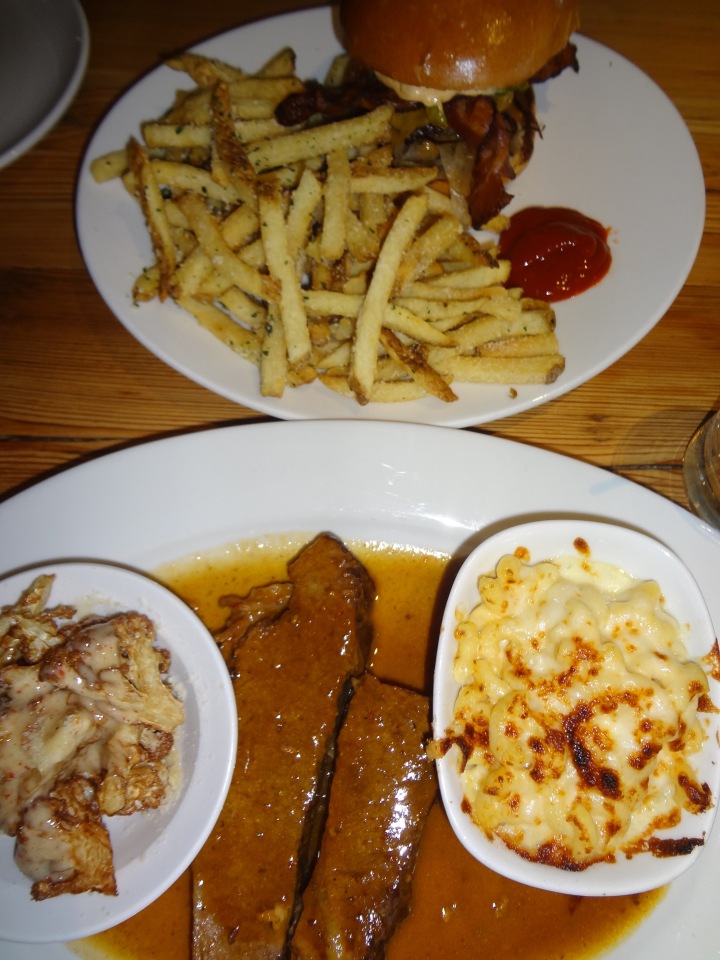 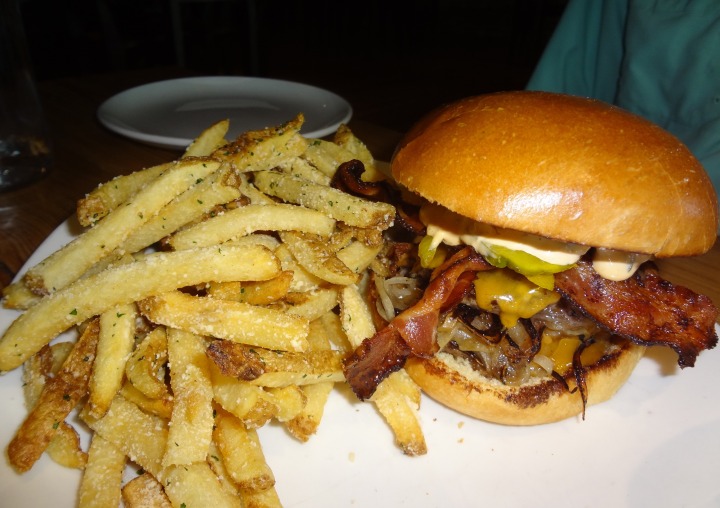 Double Stack Burger-$15- Made with sweet pickles, tavern bacon, shaved onion, cheddar, and special sauce. Harry ordered this dish and I don’t think I’ve seen him finish a burger as fast as he finished this one. I tried part of it and we both thought it was so delicious! I think it’s really unique that they use sweet pickles which ends up contrasting the cheese and bacon perfectly! This also comes with an abundant side of Tavern Fries which are made with parmesan, fresh herbs, and tavern special sauce. These fries were so so good and I wish I was eating them right now. 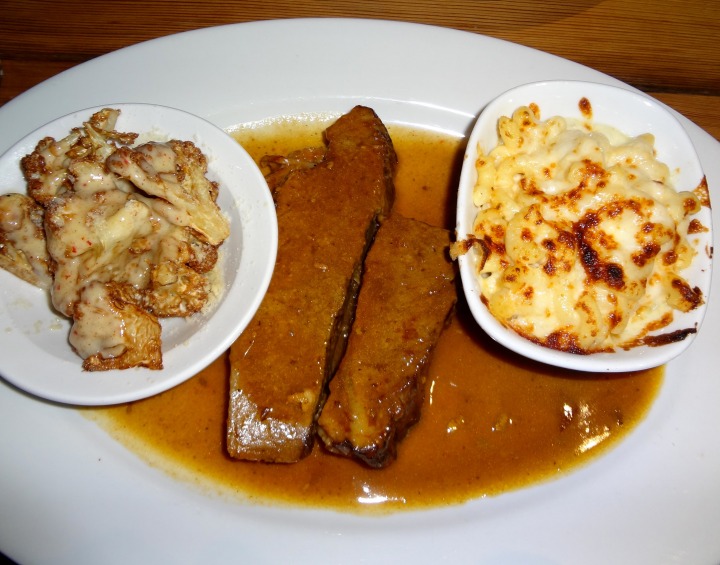 Sliced Brisket-$20 – This was one of the “Peruvian Smoked Meats” options and it came served with two sides. I chose Baked Macaroni and Cheese and Fried Cauliflower as my two sides! 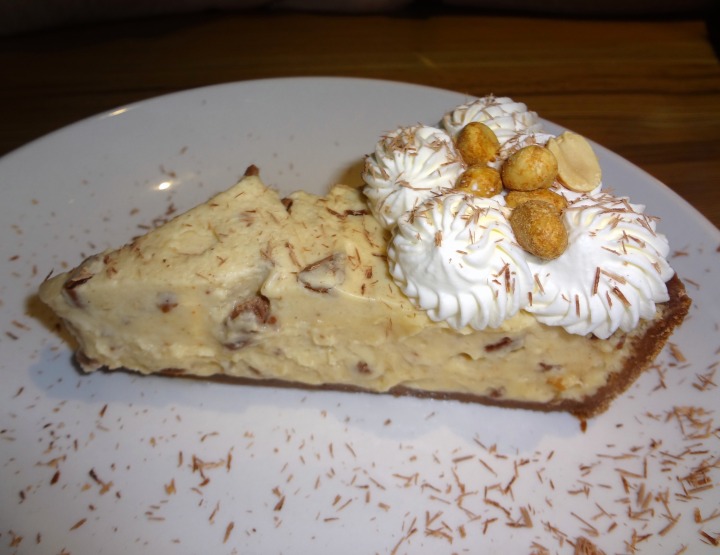 Peanut Butter Pie– This slice was AMAZING- great peanut butter taste that wasn’t overly rich. Harry and I were so full by the time we ordered this slice but we still finished it because it was so good. The dessert menu changes often so hopefully this pie will be available when you go to Tavernpointe! 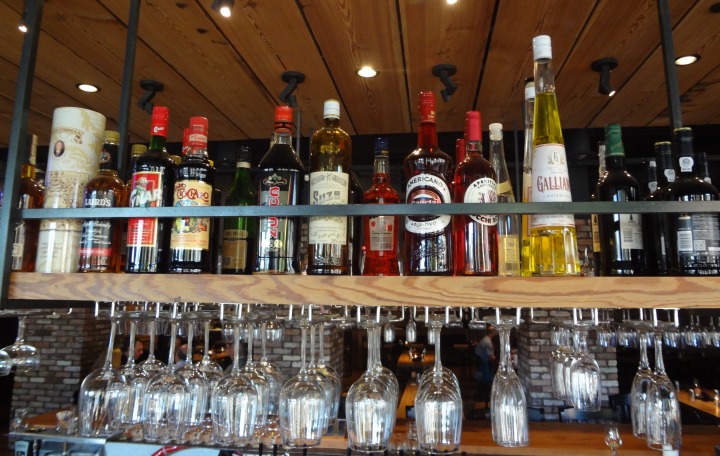 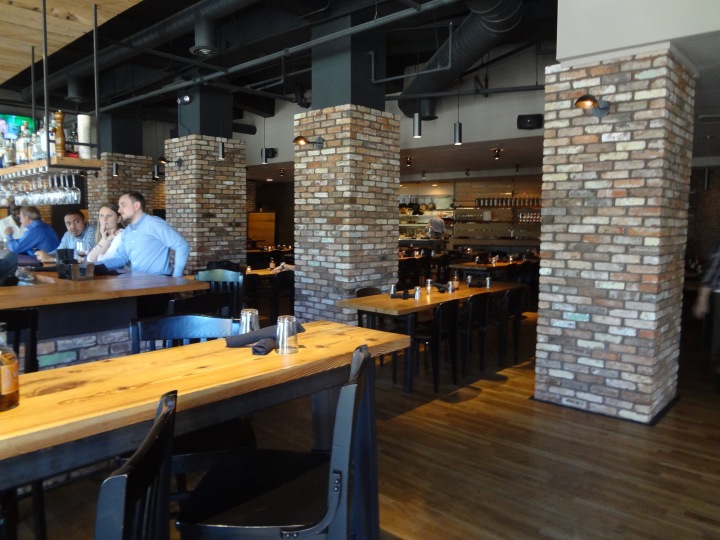 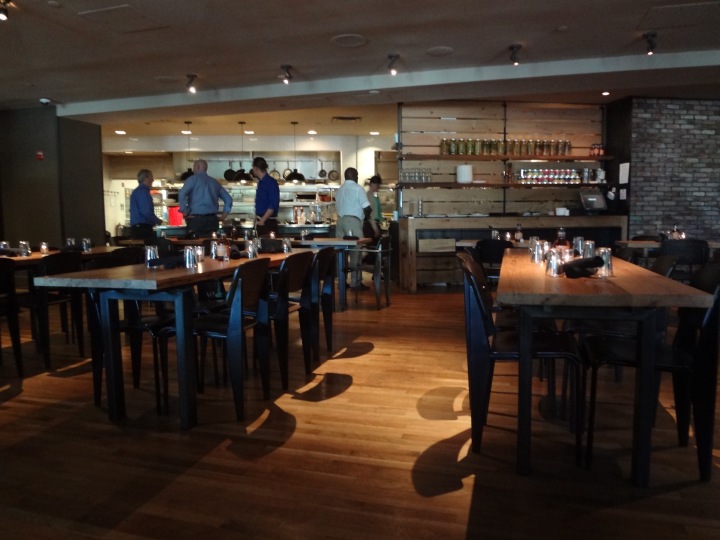 I really liked the way this restaurant looked with the bar area being separate from the dining tables! The main room was also very spacious and had great dim lighting. They also have a private dining room if you ever want to host an event here! Tavernpointe has complimentary valet parking which is super convenient!

The restaurant is slightly pricier than some other restaurants but the portion size and quality helps justify the price! I hope you decide to try out Tavernpointe! I will be back soon!
-Emily 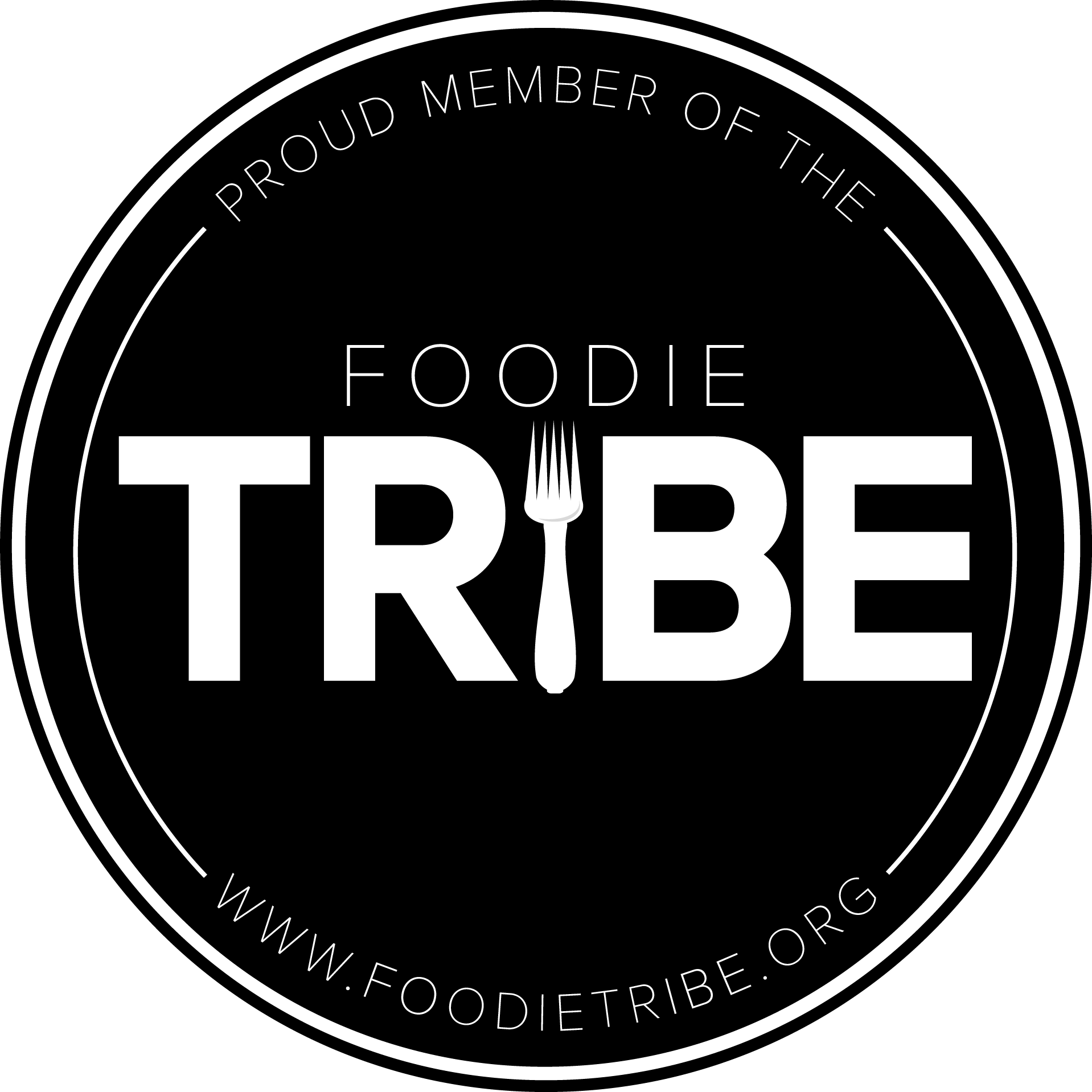