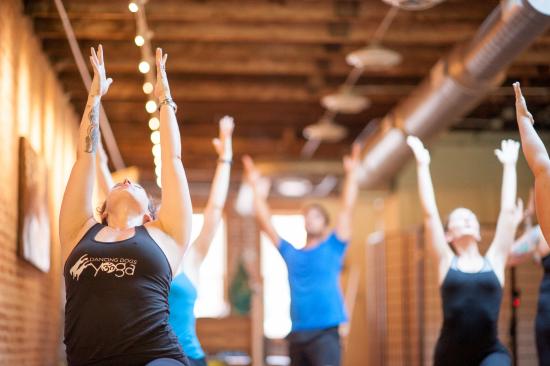 Hi everyone! A few weekends ago, my mom and I went to Dancing Dogs Yoga in West Midtown! They are a new studio that opened in January and in that short time have already received the Best Yoga Studio 2017 Award from Jezebel Magazine! The studio is in a cute space with a large yoga studio, restrooms, a changing area, and cubbies for storing your items during class. 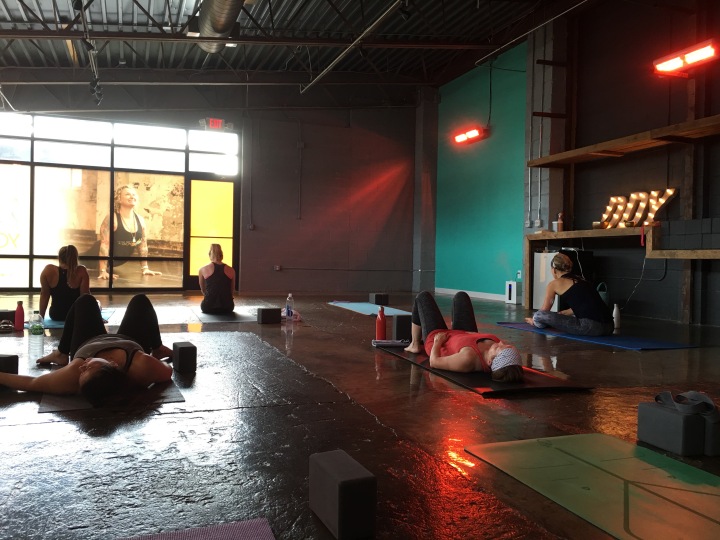 We took a Power Hour hot yoga class and the room gets to 90-95 degrees and humidity is added to the room- so you can imagine we got a serious sweat going. Sweating throughout the class was really nice because it felt like the class had a detoxifying aspect to it and was a perfect way to start a day. I don’t think the class we took is for first timers though because Shelley, our instructor, wasn’t demonstrating most of the poses but was rather saying which ones to do next so I think it would’ve been hard for a beginner to do. I also wish there was more individual attention to correct poses if we weren’t doing them correctly; but the workout overall was still perfectly challenging. At the end of class, you get handed a cold towel which feels amazing after being in a hot room for an hour and I really appreciated it. When we were done with the class, my mom kept saying that she now loves hot yoga. Lol So if you’re into yoga, definitely give this studio a try- you will leave feeling great! 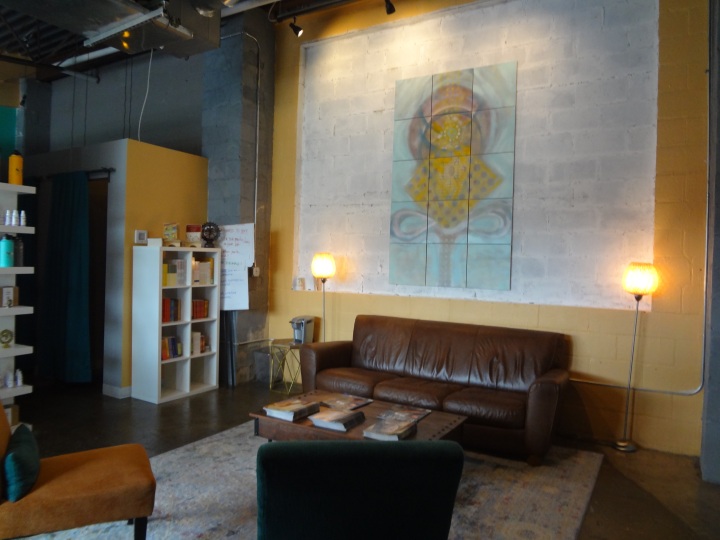 Check out this studio if you like yoga and a good workout!
Emily

Thank you Dancing Dogs Yoga for giving my mom and I a complimentary class. All opinions are 100% my own.

(I do not own the first photo in the post.)